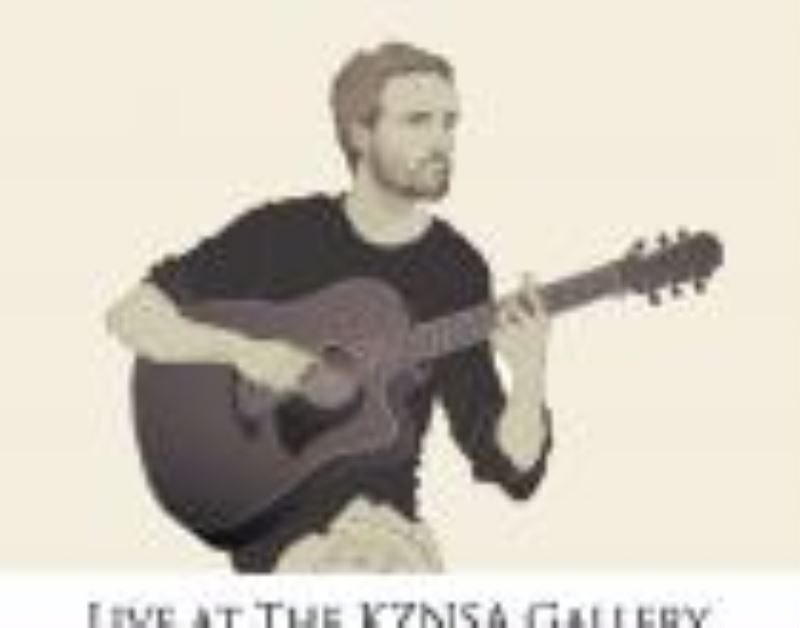 Durban-born Gary Thomas will be performing at the KZNSA. He has been described as "A one-man, anti-folk, jaming machine" and also "beautiful, emotive, undeniably a man to watch." So come and see for yourself.

Gary Thomas was born in Durban, South Africa in 1983 and relocated to Cape Town in 2006. After studying Classical Guitar in school he completed a music degree at The University of Kwa- Zulu Natal in 2005, majoring in Jazz guitar.

Upon moving to Cape Town in 2006, he recorded his first album ¨Wooden Boxes and Thought Hunting¨, which was officially released in 2009.

The National Arts Festival 2010 in Grahamstown saw the release of Gary's anticipated, critically acclaimed ¨Contraption Distoria¨. The album is a collection of music written all over the country and captures elements of Gary´s live act as well as some experimental studio techniques. After one year of touring the album extensively it has received numerous rave reviews and interviews in print, radio and television nationwide.

Often dubbed the "hardest working solo artist in South Africa", Gary has played most major festivals in the country and regularly tours through almost every city/ town in South Africa. He also supported UK Ninja Tunes artist Fink, on his South African tour in 2008, with his duo at the time, Cabins in the Forest.

In November 2010 he was selected to record an exclusive EP at the prestigious Red Bull Studios in Cape Town. The EP is expected for release in May 2011, with the single 'Precipice' to be on a worldwide circuit of compilations and online Red Bull Libraries.

2011 sees endorsements from ON STAGE, ERNIE BALL STRINGS AND PROEL.