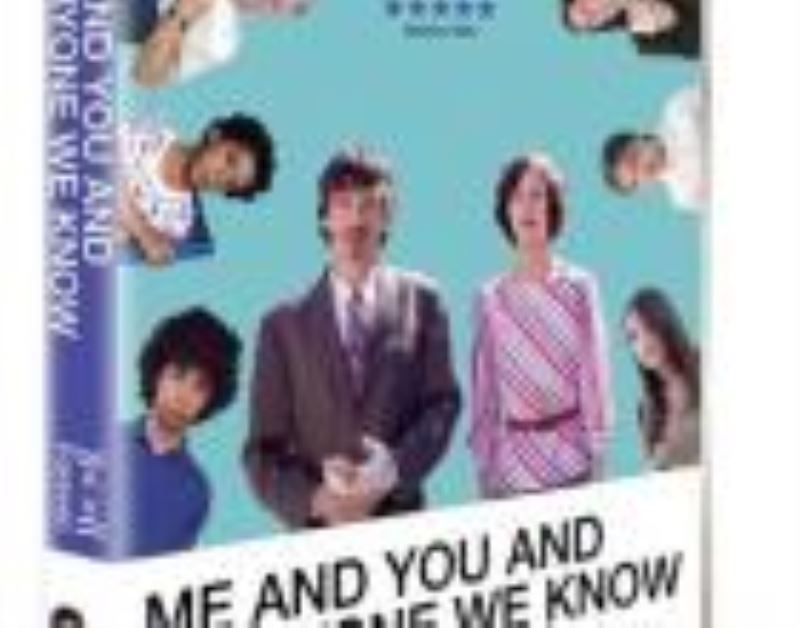 Join us on Thursday for the next installment of Cinema Thursday, this time with a charming tale of some seriously off-beat characters finding their way in the world. The film won the CamÃ©ra d'Or at the Cannes Film Festival.

'Me and You and Everyone We Know' is a poetic and penetrating observation of how people struggle to connect with one another in an isolating and contemporary world.

Christine Jesperson is a lonely artist and who uses her fantastical artistic visions to draw her aspirations and objects of desire closer to her. Richard Swersey, a newly single shoe salesman and father of two boys, is prepared for amazing things to happen. But when he meets the captivating Christine, he panics. Life is not so oblique for Richard's six-year-old Robby, who is having a risqué Internet romance with a stranger, and his fourteen-year-old brother Peter who becomes the guinea pig for neighborhood girls -- practicing for their future of romance and marriage.

In the vein of films like Todd Solondz's Happiness, though quite a lot lighter and brighter, thsi sweetly and warmly dark comedy tells the story of a moonbeam romance, seeking to locate a common humanity in the strangest of bedfellows.