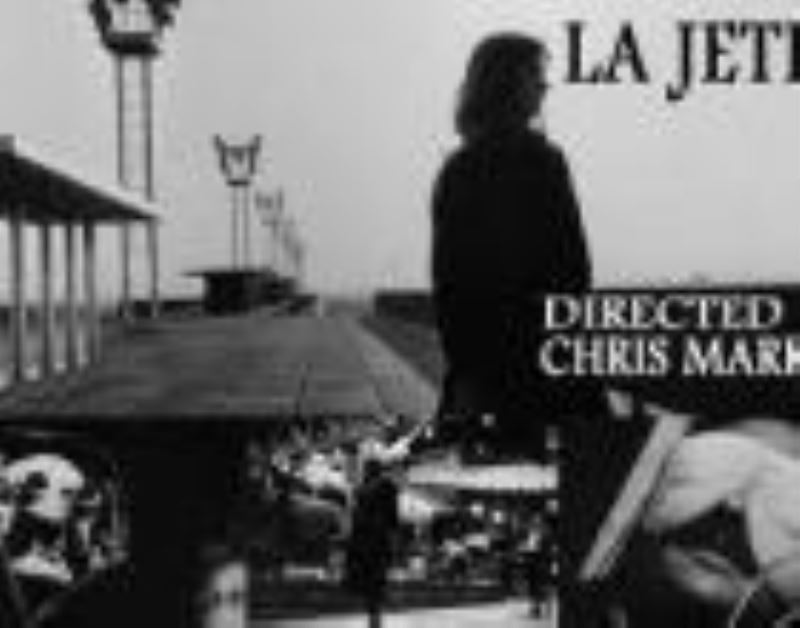 The evening will begin with the screening of the 1962 short film, La Jetee (28mins). This will be followed by the main feature, 12 Monkeys. It will be very interesting to see these two films side by side.

Unique in film history, this experimental short film consists of a series of still shots tied together by narration. It is the story of a post-apocalyptic Earth and time travel. Each still shot is a work of art, and the plot is compelling - a man with a strong memory of a past event witnessed as a small child (a person being shot at an airport), is periodically sent back into that pre-war period by "experimenters" with devious purposes. While visiting the past, the hero falls in love with a woman from that past.

Directly inspired by this week's other film La Jetee, the pairing should be an interestig example fo filmic intertextuality. An unknown and lethal virus wiped out five billion people in 1996. Only 1% of the population has survived by the year 2035, and is forced to live underground. James Cole, a convict, reluctantly volunteers to be sent back in time to 1996 to gather information about the origin of the epidemic (who he's told was spread by a mysterious "Army of the Twelve Monkeys") and locate the virus before it mutates so that scientists can study it. Unfortunately Cole is mistakenly sent to 1990, six years earlier than expected, and is arrested and locked up in a mental institution, where he meets Dr. Kathryn Railly, a psychiatrist, and Jeffrey Goines, the insane son of a famous scientist and virus expert.