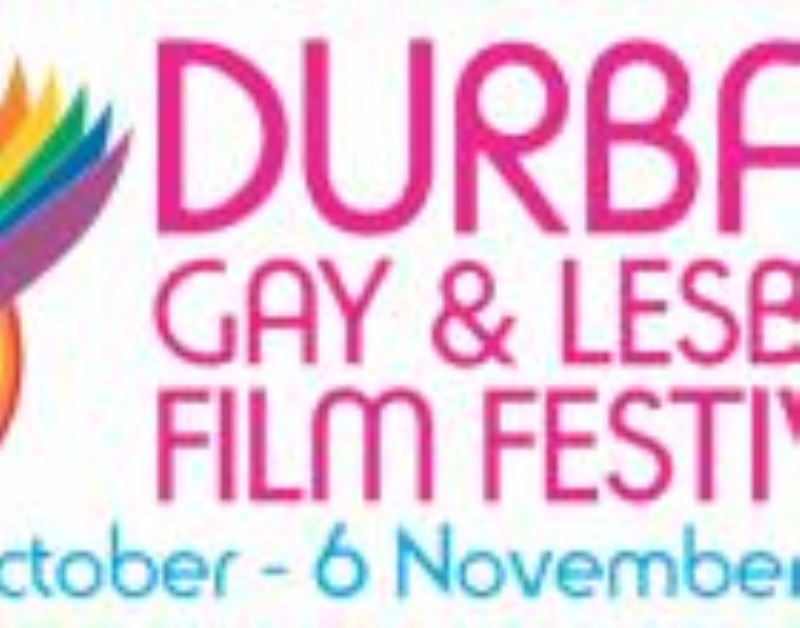 Announcing the inaugural Durban Gay & Lesbian Film Festival (DGLFF) to be held at the KZNSA from Friday 28 October to 6 November 2011. Tickets avaliable from the Gallery shop.

The KZNSA is proud to host the inaugural Durban Gay and Lesbian Film Festival, opening at the gallery on Friday 28th October. The DGLFF has been conceived and organised by festival director Jason Fiddler. Proceeds from the project will benefit both the KZNSA and the KwaZulu-Natal Gay & Lesbian Tourism Association (KZN-GALTA), respectively.

Seating is on a first come, first served basis.
Ticket Purchase: Tickets can be bought at the KZNSA Gallery in person.
Payment can be made by cash, debit or credit card. Advance bookings can be paid for by EFT (see Bookings)
Bookings: All advance & block bookings can be made via email: bookings@dglff.org.za
Film reviews can be obtained directly from the DGLFF Website pages dedicated to each production, along with a YouTube trailer.

The Durban Gay & Lesbian Film Festival (DGLFF) has been conceived and organised by festival director Jason Fiddler. Proceeds from the project will benefit both the KZNSA and the KwaZulu-Natal Gay & Lesbian Tourism Association (KZNGALTA). The DGLFF will provide an independent platform for filmmakers from South Africa and across the world to specifically deal with issues relating to the Lesbian, Gay, Bisexual, Transgendered and Intersexed (LGBTI) community. It will showcase new and innovative feature films, documentaries and shorts whilst conducting workshops and discussions on past LGBTI movies, filmmaking and the relationship between the visual medium and pink community.

This will not by any means exclude individuals and stories from mainstream cinema, but will allow the LGBTI community to celebrate and explore ideas, concepts and tales of resonating interest with them. Talent discovery and skills development have been hallmarks of many international film festivals, and the DGLFF will endeavor to work with experienced hands to help nurture and provide opportunity to young filmmakers. The festival hopes to create a reputation for launching LGBTI-themed motion pictures to the South African LGBTI public.  To this end, the festival has arranged a terrific opening night film. Judas Kiss, a film that has generated praise from critics and attendees at a number of North American pink film festivals, will be premiered on the opening night of the DGLFF (Friday, 28 October, 2011). This will be the Pink African Premiere for this acclaimed US/Canadian motion picture, the winner of multiple international awards.

Charlie David, a growing star in LGBTI film circles, plays the lead in Judas Kiss and his recent film Mulligans will also be screened. 2 Frogs in the West, a French Canadian film will appeal to lesbian viewers and gay guys alike, and the powerful Beyond Gay: The Politics of Pride will bring to the fore potent ideas about the relevance of rainbow pride in our modern era. House of Boys, set in Amsterdam in 1984, is a poignant and deeply moving film dealing with complex relationships as the dread of the AIDS pandemic began to take root (please note that this film carries a recommended age restriction of 18). South African documentaries speaking specifically about the dangers facing black Lesbians will include Breaking out of the Box and Difficult Love. Local independent filmmakers, students, amateurs and professionals alike have been be invited to create/screen their short productions around key concepts orientated towards the LGBTI community. The London Shorts, in two sets, conclude the festival line up and include BAFTA nominee Rite.

Says festival Director Jason Fiddler, "There is no denying it. South Africa today may have the world's finest Constitution and a Bill of Rights, but human rights are regularly infringed and suppressed on a daily basis. The practice of ‘corrective rape' has become endemic, where Lesbians, in particular black Lesbians, are targeted by men seeking to literally force a change in their sexuality. Prejudice is experienced daily by Lesbian, Gay, Bisexual, Transgendered and Intersexed (LGBTI) individuals. At the heart of it lies ignorance and fear. Durban is seeing a renaissance of sorts in 2011. The first major Pride event in many years saw almost 1000 proud individuals marching together through Durban. Surrounding events saw higher than expected numbers of attendees. LGBTI people are becoming more open and proud in their rejection of stigma, especially in very conservative communities. The DGLFF comes fresh on the heels of this resurgence of Rainbow Pride and aims to further raise the profile of our community within KwaZulu-Natal. Support for the DGLFF has led to in-kind sponsorship by the KZNSA Gallery as a venue & co-publicist, Gearhouse SA incorporating their student programme with serious equipment sponsorship, and various media companies and publications lending their support from publicity to the development of the Festival website."

The following films are part of the Official Selection for 2011:

PINK AFRICAN PREMIERE (& Opening Night Film) Judas Kiss (Feature Film, 2010, USA, J.T. Tepnapa - Director). Film festival judge Zachary Wells' handsome one-night stand turns out to be a student competing for a scholarship Zach (Charlie David) must award. Mysteriously, Danny Reyes' entry has the same title as Zach's film that won the festival years before. Zach, his own career in shambles, sees Danny (Richard Harmon) making the same mistakes he did. He decides to take matters into his own hands. As Zach scrambles for answers, a mysterious, chain-smoking campus tour guide (Dale Bowers) counsels him: "Change the kid's past, change your future." Zach decides he can mend his life by getting Danny's film disqualified, which prompts a confrontation between Danny and his father about their family's dark past.

2 Frogs dans l'Ouest / 2 Frogs in the West (Feature Film, 2010, Canada, Dany Papineau - Director). Marie Deschamps (Mirianne Brûlé) has her whole life ahead of her but isn't sure what to do with it. To the dissapoinment of her parents (Germain Houde and Diane Lavallée), she drops out of college and decides to go work in Whistler in order to perfect her English. After a journey across Canada, her arrival in British-Columbia is less glorious than she dreamt. Fortunately, she meets Jean-Francois Laforest (Dany Papineau), a Quebecois skier who has been living on the West Coast for 10 years. J-F will introduce her to his Anglo friends and to the lifestyle of the mountains. Somewhere out west, this adventure will change her life forever.

Mulligans (Feature Film, 2008, Canada, Chip Hale - Director). When Tyler Davidson (Derek James) brings his college buddy Chase (Charlie David) home for the summer holidays, a secret is revealed that threatens to tear his perfect family apart. The Davidson family appears practically perfect in every way. Chase arrives in the quaint cottage town of Prospect Lake and is faced with the challenge of controlling his attraction for Tyler's father, Nathan (Dan Payne). But Chase isn't the only one with a wandering eye... Nathan struggles to resist his feelings for his son's best friend while safeguarding his life long secret to protect his family. Can a man keep his family and still hold onto himself?

House of Boys (18+) (Feature Film, 2009, Luxembourg, Jean-Claude Schlim - Director). A glamorous, colourful coming-of-age story that follows the dramatic journey of Frank (Layke Anderson), a high school kid in 1984 through an exciting world of sex and music, when his deep new passion for Jake (Benn Northover) is suddenly turned into a struggle for courage, facing a new disease - the "gay cancer" and becomes deep, true love in the expectancy of death and beyond...

Beyond Gay: The Politics of Pride (Feature Documentary, 2009, Canada, Bob Christie - Director). Gay Pride marches and festivals are happening all over the world - sometimes under heavy opposition and violence. Beyond Gay - The Politics of Pride is the most comprehensive look at the role of these events ever undertaken. This feature length documentary follows the Vancouver Pride Society's (VPS) Parade Director Ken Coolen and his colleagues as they travel to places where Pride is still steeped in protest to personally experience the rampant homophobia that still exists. They also travel to Sao Paulo Brazil for the world's largest gay parade and New York City, the birthplace of the modern gay liberation movement. Despite the hundreds of thousands of people cheering in the streets, Pride is much more than a parade and a party. It is a giant step on the road to true equality. The GLBT community during Pride is an entertaining and engaging multi-ethnic group than can bring attention to the issue of human rights with diversity, insight, and of course plenty of fabulousness.

Breaking out of the Box (Documentary, 2011, South Africa, Busi Kheswa & Zethu Matebeni - Directors). Buhle Msibi's poem I Break the Boxes provides the title for this wide-ranging, touching, often funny documentary highlighting the lives of black lesbians in SA. The title is appropriate; by telling the tales of six high-profile women, the sheer breadth of experience in the black lesbian community is revealed. They are a well-thought out mix of voices and bear compelling witness to an epoch that has seen gay rights go from zero to hero. There are the mother figures, Mary Hames of UWC's Gender Equity Unit and Dr Yvette Abrahams of the Gender Commission for Gender Equality; the traditional leader, Fikile Vilakazi of the Coalition of African Lesbians; Another strong voice is Out In Africa's own Theresa Raizenberg, activist and film buff, who remembers the early ABIGAIL years and the changes since. The youth is represented by Jozi FM DJ Fino Dlamini and soccer star Portia Modise, both completely out and succeeding in their largely male-dominated fields. A warm, compelling and satisfyingly affirming film.

Waited For (Documentary, 2010, South Africa, Nerina Penzhorn - Director) :: The South African Constitution, promulgates equal rights for all. Despite this, when it comes to adoption - lesbian couples are at the bottom of the priority list. Penzhorn weaves three personal stories of adoption.

The London Shorts (Short Films, 2010, United Kingdom) :: (Short Set #1) BAFTA Nominee RITE follows a desperate father taking his estranged son out for his birthday, with match day tensions making for a long, difficult afternoon; WE ARE WHAT WE DRINK shows how a man standing in a queue for coffee is defined by his slack-jawed, gum-chewing barista; NORTH ATLANTIC shares a night with a young air traffic controller and the sole pilot on his radar; (Short Set #2) (16+) SPRING delves into the world of SM sex, where an inexperienced young man meets a stranger who will change his life forever; HOW MUCH FOR MY BROTHER follows a 10 year old boy who's had enough of his younger brother and decides to take radical action; MULLIGATAWNY portrays a 65 year old woman trapped in a world of racism, violence and miscommunication that is her life in East London.