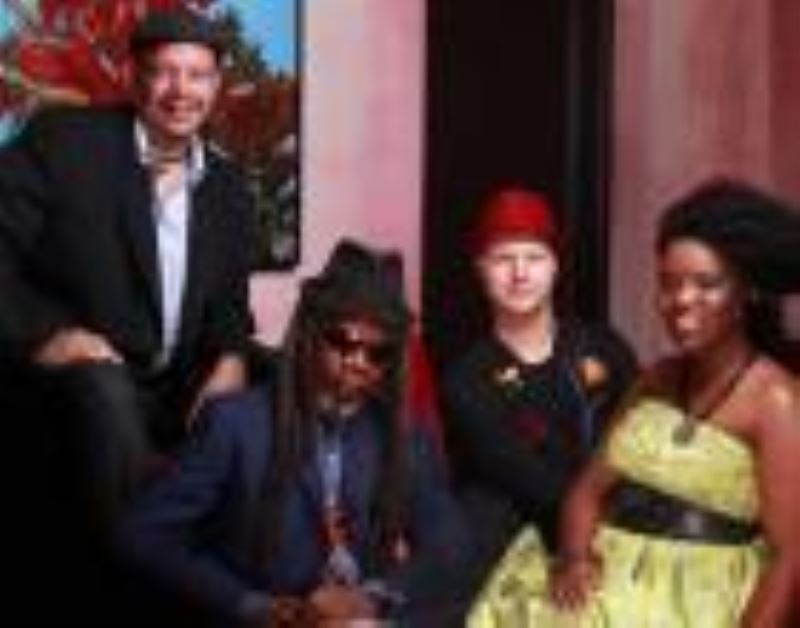 Formed in 2010, Black South Easter are a band from Cape Town who play original South African soul music with elements of traditional folk, reggae, funk, blue jazz and world dance. With infectious grooves and soaring melodies, the band’s live shows generate a powerful energy that transports their audience from the calm to the heart of the storm. The band has just released their first full length album ‘In Waves’.

Vocalist Nhoza Sitsholwana comes from a family of vocalists in the rural Eastern Cape and at the age of 17 launched her career as a backing vocalist for Simphiwe Dana. Her powerful voice incorporates rich blues tones with elements of traditional African soul music.

Bassist Jimi Curve brings a pulsating groove to the outfit and has been a stalwart on the live music scene for the past 15 years, playing with a host of well-known, respected artists including Steve Newman and Arno Carstens.

Mozambican drummer Jerry Mbowa delivers a seasoned palette of Pan-African beats to the music and has toured extensively with the likes of The Sons of Selassie, amongst others. Guitarist Dan Boshoff uses unusual tunings and progressions to bring an original colour to the songs.

The bands set moves from very intimate acoustic storytelling to sexy electric world grooves that
Get seriously funky in the process- spontaneous outbreaks of dancing have been known!