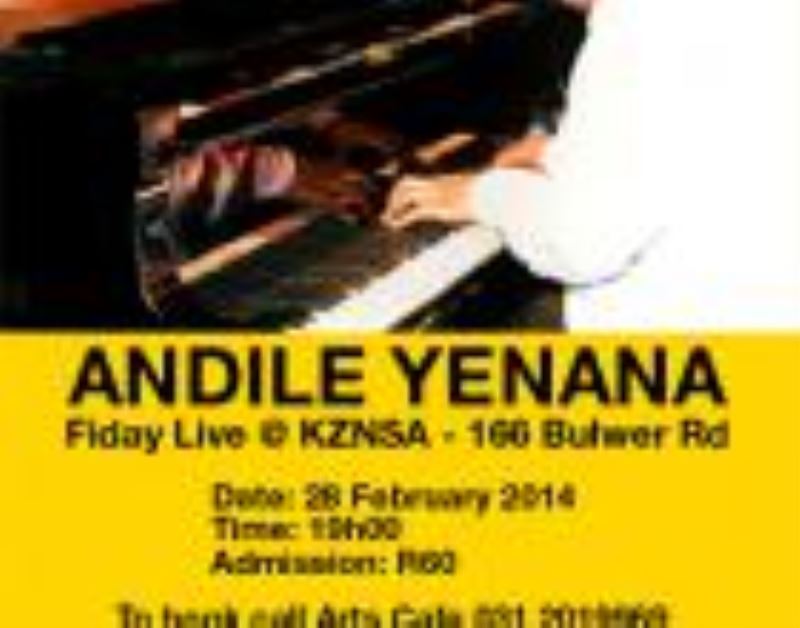 Be prepared to be mesmerized by one of South Africa's greatest Jazz pianists, 2005 Standard Bank Young Artist for Jazz , Andile Yenana

Andile Yenana is a South African pianist, who made an indelible mark switching from teaching to studying jazz and produced and worked with many South African as well as international artists!

Born in 1968 in King Williams town Andile's love for music was triggered at an early age, growing up in a house hold where music was really loved, his dad Felix Thamsanqa Yenana, had a huge collection of music, ranging from jazz to Motown, all the forms of urban black music and this had a huge influence in Andile's life.

Andile obtained a teaching diploma from the University of Fort Hare in South Africa's Eastern Cape Province  before taking up music studies under Darius Brubeck at the University of Natal's School of Jazz and Popular Music It was here that he became friends with saxophonist Zim Ngqawana and trumpeter Feya Faku.

He joined Zim Ngqawana's quartet and worked with Zim Ngqawana on all 5 of his album's including "San Song" recorded with Bjorn Ole Solburg and his Norwegian San Ensemble.

He has also worked on the pan-African music project Mahube with saxophonist Steve Dyer and others. He has also worked as arranger for Sibongile Khumalo, Gloria Bosman and Suthukazi Arosi. In 2005 he was selected as the 2005 Standard Bank Young Artist for Jazz.