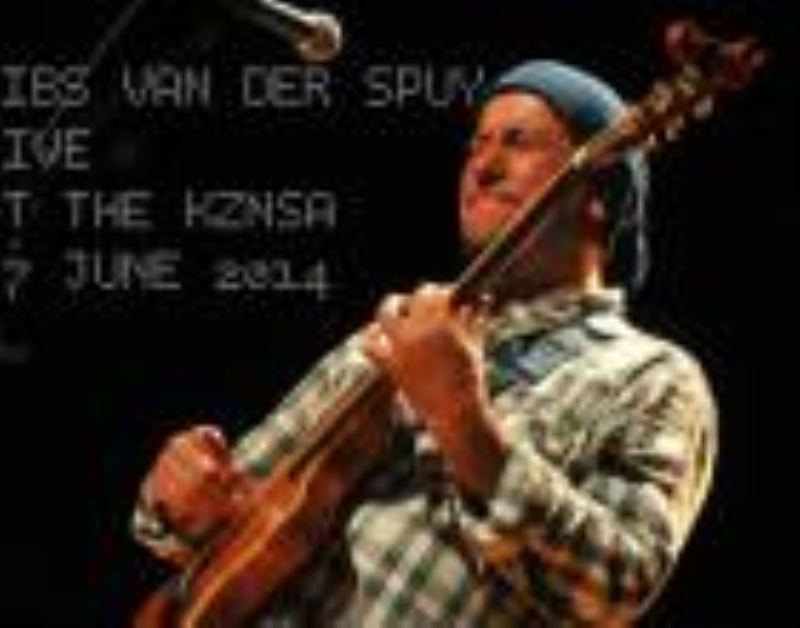 Guitarist / songwriter Nibs Van Der Spuy is hedging up to his half century and has clocked up decades of experience in the performance field. He will be in KZN on the last weekend of June, performing two concerts.

Guitarist / songwriter Nibs Van Der Spuy is hedging up to his half century and has clocked up decades of experience in the performance field. He will be in KZN on the last weekend of June, performing two concerts sponsored by Concerts SA, a joint South African/Norwegian initiative which supports venues and artists in South Africa by creating essential jazz circuits.

An institution in his home-town, Durban, Nibs has also put some serious travelling behind him and is almost as well known in Europe as he is in SA. Expanding borders is part of Nibs’ artistic work ethic; and part of the success of his enviable career has been the irresistible combination of sincere hard work and genuine personal charm.

Essentially known as an instrumentalist for a long time, Nibs trained in a variety of guitar styles, including jazz. He has always been considered a ‘folkie’ at heart. A huge breakthrough in his career was his decision to break the silence and sing and when the words emerged they were the humble and wise observations; offerings from a man who has always embraced a philosophical approach to life.

Nibs is a man who takes things in his stride. An evenness of temperament and a positive attitude are reflected in his work as an acoustic guitarist. His soft voice and poetic lyrics have won him supporters; his music is relaxing and uplifting. While taking life at an even pace, Nibs has not let the grass grown under feet.

Driven to creating a fulfilling performance career, he has taken risks that have paid off in the long run, leaving a regular day job as a music teacher and setting off with a pocketful of songs, a willingness to learn new languages and a capacity to integrate into different societies.

Nibs loves the music. He loves discovering music from all over the world and counts himself fortunate to have shared the bill in various festivals worldwide with amazing musicians. Having played in every nook and cranny of France, he observed that being on the road has made him humble. “You can’t hold onto an identity that is caught up with what is familiar when everything familiar is gone! Flexibility is essential to well being when you travel. By accepting that the music is more important than you, you start to understand that being a musician is being a conduit for creativity and love.”

He has also wisely capitalised on the beautiful, small venues in which he has performed to record some of his works live. He launched Beautiful Feet in France, an event which gave him a sense of achievement and a belief in his destiny. He followed this with the double CD Driving North, Crossing Borders, a collection of old and new compositions, featuring collaborations with old friends as well as solo performances.

Nibs feels that now is the time to get some positive messages out there. “The older I get the more I realise how music breaks barriers; it is extremely gratifying to have people come and tell me that my music have helped them solve a problem or heal a hurt. For me, that is profound. It means I am doing the right thing,” he says.

Come and listen to Nibs Van Der Spuy doing the right thing. He will be performing under the Concerts SA banner at Durban’s popular KZNSA Gallery on Friday 27June at 19h00