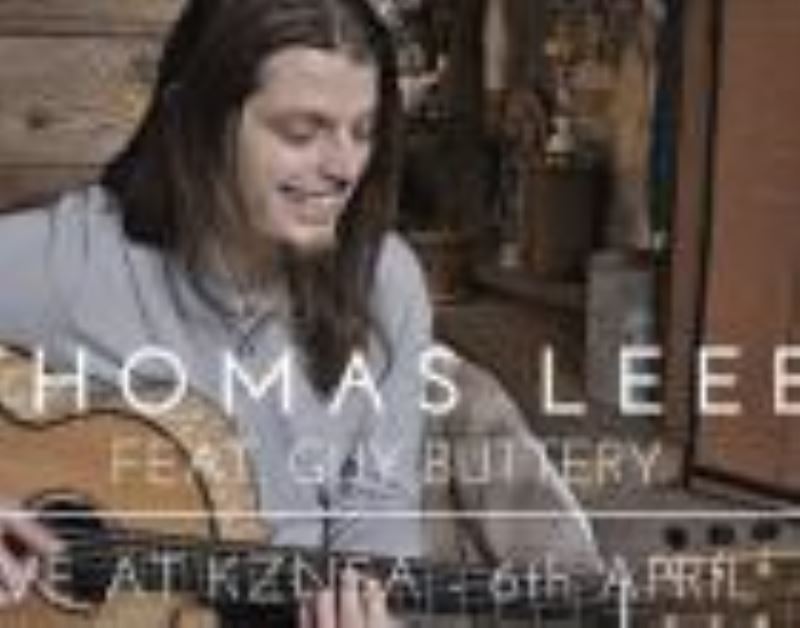 Austrian born and US based guitar virtuoso Thomas Leeb, makes his very first appearance in South Africa with just 2 concerts in KZN this April. Thomas will be joined at all of these shows by local guitar legend, Guy Buttery. Join us on 6 April at 19h00.

Austrian born and US based guitar virtuoso Thomas Leeb, makes his very first appearance in South Africa with just 2 concerts in KZN this April. Thomas will be joined at all of these shows by local guitar legend, Guy Buttery.  Join us on Thursday 6 April from 19h00 at the KZNSA Gallery
Thomas Leeb picked up the guitar for the same reason as every thirteen-year-old boy: he wanted to meet girls. He soon fell in love with the instrument, played his first solo concert at the age of fifteen and released his first acoustic guitar album at seventeen. Leeb is a frequent performer at concerts and festivals in Asia, the Americas and Europe and has been featured in numerous guitar magazines all over the world. Every year, he teaches workshops and master classes in universities and colleges and his album “Desert Pirate” was voted one of the essential albums of the last twenty years by Acoustic Guitar Magazine.
His peculiar guitar style owes as much to percussive techniques as traditional fingerstyle guitar. What sets Thomas Leeb apart from some of his contemporaries is his ability to make pyrotechnics serve the music. Three years studying West African traditional music give him a sense of timing and groove that is unusual in a guitarist. All this has earned him a loyal worldwide following and influential fans such as Eric Roche who was his guitar teacher, “for about five minutes and then I heard him play”, Jon Gomm awarded him “ten out of ten Gomms” and Guthrie Govan who thinks that “what Thomas does on an acoustic guitar probably shouldn’t be legal.”
Thomas will be joined by renowed guitar hero Guy Buttery, who has just wrapped up the third leg of his nationwide tour featuring musicians such as Dan Patlansky, Shane Cooper and Nibs van der Spuy. As an internationally recognized musician, Guy Buttery enjoys invitations to play sell-out performances all over the globe. Guy’s distinct unification of South African guitar music is the musical advocate for everything positive and beautiful about the place he calls home.
Needless to say both of these artists come with a long list of accomplishments and have worked with a myriad of artists; this collaboration is expected to wow audiences and guitar enthusiasts alike, with mind-bending guitar playing and captivating sounds of another realm.