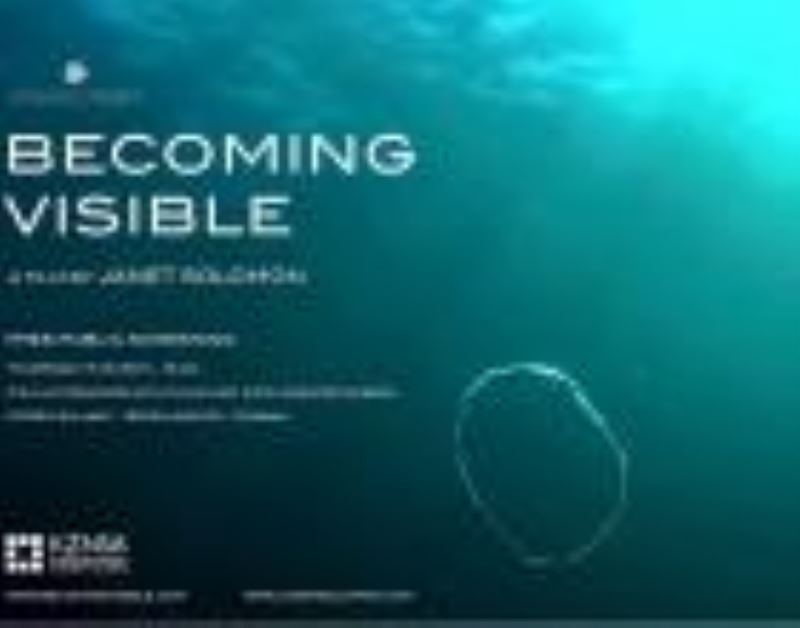 Join us on Thursday 15 March 2018 at 18h30 for a free public film screening of 'Becoming Visible' by filmmaker Janet Solomon.

Join us on Thursday 15 March 2018 for a free public film screening of 'Becoming Visible' by filmmaker Janet Solomon.

KZNSA cafe will be open from 5.00 pm for meals and drinks before the screening.

There will be a Q&A session after the screening with the filmmaker and Dr Jennifer Olbers.

When an animal, whose scale is immediately challenging to your own, is encountered stranded on a beach,
it becomes an avatar, acting as a form of testimony, compelling you to engage with your own cognitive
dissonance and your position of privilege in the human/animal binary. As avatars they play a critical role by
drawing to the surface, and infusing with emotional force, submerged stories of injustice. They become the
public’s touchstone into the big blue and question indifference as a way of belonging.
This multiple screen documentary began when I picked up my camera and drove to a beach to look at the
third humpback whale to strand, in the first week of August 2016. It focuses on an oil and gas seismic
survey that took place off the KZN coastline, which was extended into the whale migration season that
year. It advances the theme of nature as political asset and questions the scripts of consumptive
economics embedded in South Africa’s governmental approaches to environmental policy.
The issues raised by this film are pertinent to very many coastlines around the world experiencing a push
for oil and gas development at a time when countries committed to the Paris Agreement are busy
divesting from the oil industry.
Becoming Visible investigates the risks posed by unilateral and indiscriminate traumatizing noise
exposure from marine seismic surveys to many marine species, and the vulnerability of fisherybased
livelihoods to these impacts. The use of 3 screens means that the ocean is ever present throughout
this moving exposé.