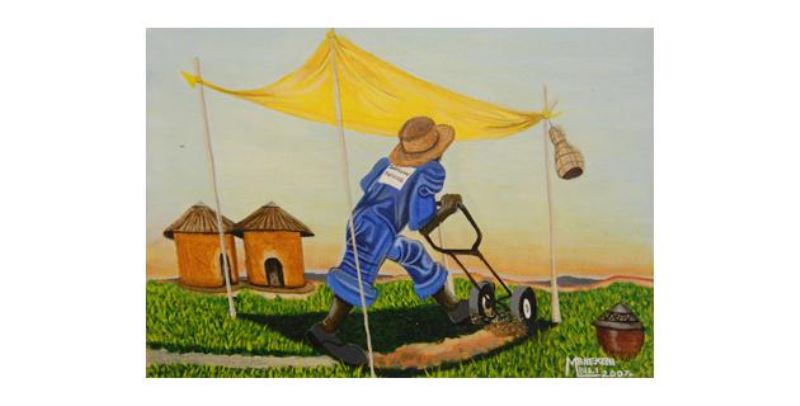 One of the finalists in the Start! Nivea Art Award 2007 (an award for emerging artists co-ordinated by the KZNSA Gallery and supported by Beiersdorf), Mbili’s work has rapidly become sought-after in both local and international markets. In this, his first solo exhibition, Mbili examines the possible effects of the 2010 Soccer World cup within his home and social environment.

About his artwork, Mbili writes that “I want my paintings to create an atmosphere where the world becomes receptive to us and supports our land and its people, and realizes we have much to offer despite all the negative reports generated about South Africa. I want to send a message of hope and joy by portraying the humility and endurance of the South African people.” 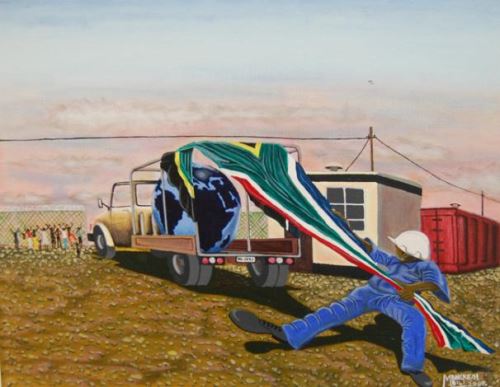 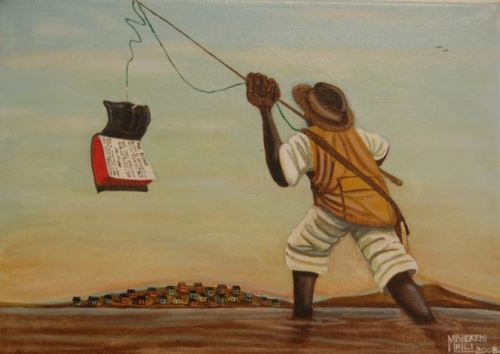 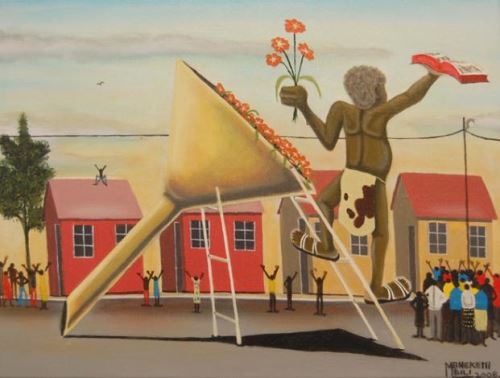 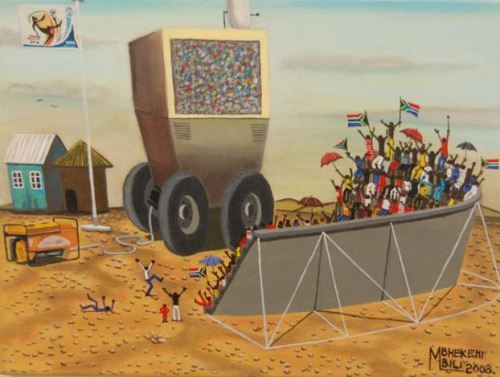 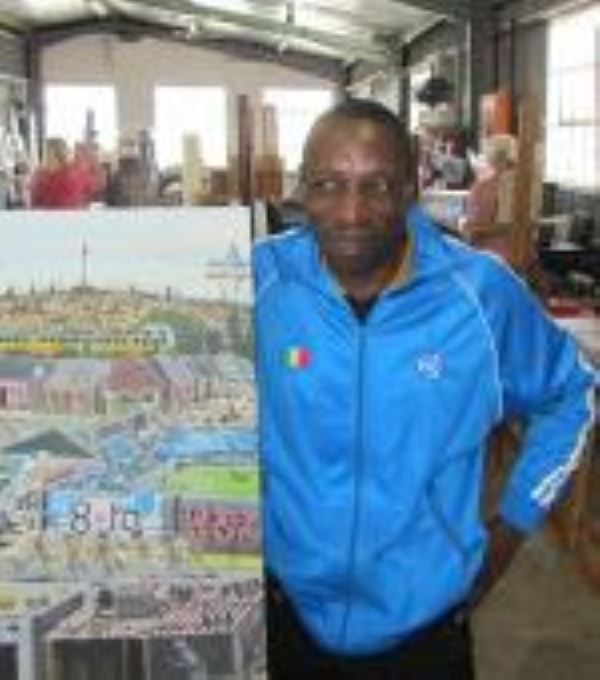