The inaugural Ernest Cole Award Exhibition will open at the KZNSA Gallery on Tuesday 2 October 2012 at 6pm.

This will include the book launch of the first winner of the award, Cape Town - based documentary photographer Dale Yudelman.
â€¨

Ernest Cole was born in South Africa in 1940 and received his first camera as a gift from a clergyman. Before leaving the country in the mid-1960s he worked as a photojournalist for Drum magazine, sharing a darkroom with photographer Struan Robertson. On his own initiative, Cole undertook a comprehensive photographic essay in which he showed what it meant to be black under
apartheid.

The House of Bondage was published in New York in 1967 and was immediately banned in South Africa. Sadly, he never returned to South Africa and died in exile in New York in 1990 just after the release of Nelson Mandela and the unbanning of the ANC and other liberation organisations. â€¨â€¨In contrast to Cole’s work, Yudelman’s project is shot on an iphone and explores the life of ordinary South Africans today.  His journey takes us from the streets of Johannesburg to the surrounds of Hout Bay, Cape Town; from protests to parliament, from the poor to the rich and famous. 'He delivers a personal, sometimes scathing and often humorous account of our unruly and evolving democracy.'

The series of photographs, Life under Democracy, was inspired by the Ernest Cole exhibition at the National Gallery in Cape Town, in February 2011. Cole’s images feature life under apartheid. Yudelman’s series looks at life under democracy and where we are after eighteen years of liberation. Many of the images were shot in passing and are personal daily reflections – while others involve more deliberate excursions. In Life under Democracy, Yudelman returns to the areas he photographed in the eighties, for the series, Suburbs in Paradise, which cross-examines white suburbia under the influence of legislated segregation.

To gain perspective, he also visits some of the people and areas Cole photographed. A sense of how much has changed begins to develop; and in some cases how much has stayed the same. As if in conversation,  Yudelman uses his iPhone camera as a means of discourse. The senses are unified through a device, historically utilised for discussion, in turn, mirroring the merging of a nation whose past is omnipresent.

Yudelman’s work is a consequence of a studied eye, brokered over 30 years of ceaseless image making. Enthralled with the many-layered dimensions of reality, his images are a manifestation of how modern photography is able to escape the bounds of the ‘record’, creating an authentic and evocative account of recent times.- Simone Tredoux 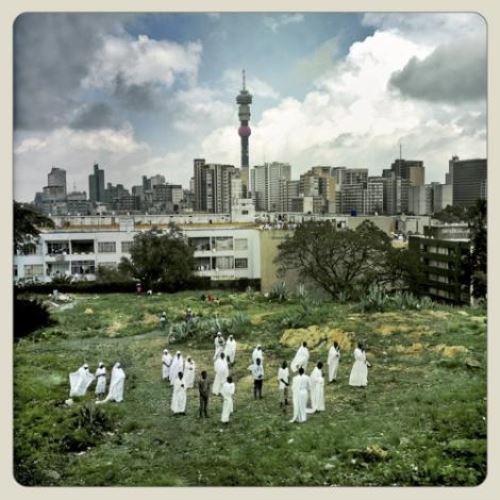 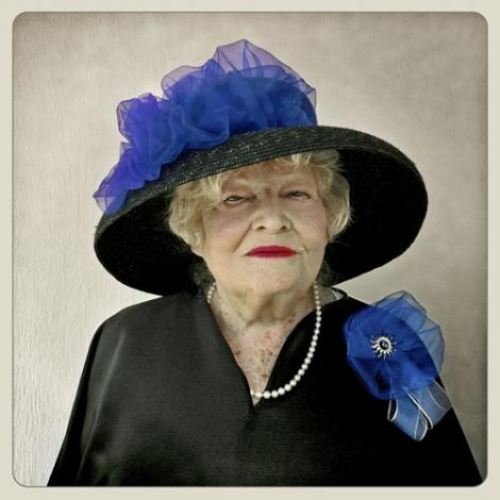 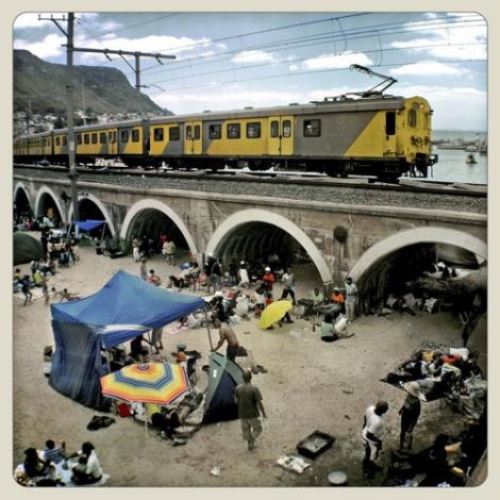