Says the artist: "In my art practice this year I focused on creating artwork within the public space  using conceptual and aesthetic  approaches of traditional and contemporary fine art. I hoped to make artwork that has a positive impact on the people of Durban on two levels; firstly and most importantly to reactivate neglected spaces in Durban, creating new areas of cultural interest. Secondly, by creating artwork which aims at generating dialogue with the public surrounding contemporary issues.

"Research on the social role of Street Art, Mural Art and Graffiti has revealed that many people believe that the most important role played by art is its power to communicate. A powerful artwork potentially creates a dialogue between the artist and the audience (Dewey in Mattern, 1999). Artwork in a gallery fulfils this role, but the audience is limited to those who have been educated to interact with art in a gallery environment.

"I have attempted to create artwork in the public space which members of the public can relate to; potentially identifying common issues and goals. Durban is filled with wasted and neglected spaces with little visual appeal. Artwork has the potential to turn such negative spaces into vibrant areas of cultural interest. In this way, through my art practice, I have hoped to make the public aware of their environment.  The heightened awareness of one’s environment encourages the individual to be a more involved community member, creating a meaningful engagement with the world, socially and physically. (FaridaB, 2012)." 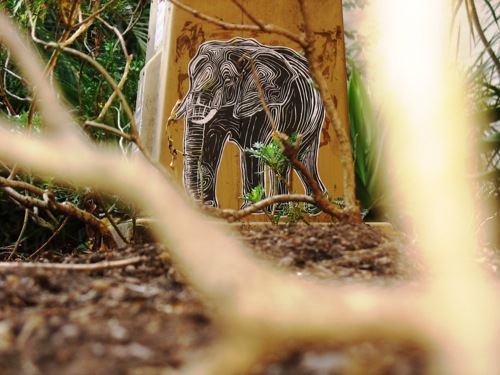