The KZNSA is pleased to announce an exhibition of drawings and mixed media works from the estate of Andrew Verster.

The exhibition includes a selection of oil paintings on loan from Durban collectors and offers a complete overview of the unique and provoking visual language created by Verster during his extensive career.

When line becomes form in the work of Andrew Verster

Celebrated in the visual arts, design, fashion, and theatre, Durban’s beloved Andrew Verster (1937 – 2020) was a man who lived his art as a painter, sculptor, writer, playwright, and poet. Also recognized as an arts activist, he used political aesthetics that challenged traditional boundaries and hierarchies. He was a forerunner of the LGBTQI movement, using his work to advance the rights of queer people and artists. This was of personal significance as Verster’s own identity as a gay man, while rarely fore-fronted for public discussion, held substantial influence in his work throughout his career.

Bold, vibrant colour, seemingly eclectic symbolism, and dynamic, richly decorated forms are all part of the vocabulary that make up the artist’s unique visual language. These constructs abound in this contemporary curation of work from the artist’s estate that celebrates Verster’s distinctive mark making. The exhibition showcases a range of works in which his repetitive, deliberate strokes blossom almost accidentally into complex and delicately balanced compositions.

Describing his process, Verster once explained, “I’d start somewhere, and I’d plot this little oasis of marks, of black. And then there’s this huge nothing of white. And it’s frightening. Then I’d plot another little oasis here, and then I’d have to find a path between the two – which would be another object, another idea, a pattern, or… just changing the shape of the white so that it became a thing in its own right.”

This organic, unfettered approach is evident in much of Verster’s work, from the minutely detailed, intricate ink drawings to his richly tapestried oil paintings and tactile mixed media pieces. The result is an enduring body of work that defies classification and transcends time as we know it, as form within form flow seamlessly from Verster’s ever-curious mind, emerging through his fingertips to create entire realms for the viewer to discover.

Mark making takes on a more nuanced significance in works like ‘Skin Markings,’ a mixed media installation from 2007. The adorned male form is a constantly present theme throughout Verster’s career. Explorations of the beauty and sexuality of the male body inform much of the artist’s early work, and he returns repeatedly to the male form as he grapples with notions of self and identity as a gay man living and working in pre-and post-1994 South Africa. In ‘Skin Markings,’ there is something visceral in the many bodies and body parts suspended on large, translucent sheets – different to the ornate, richly coloured oils exploring the same subject matter produced at other points in his career. The forms are decorated with body markings that reference ancient and contemporary African, Indian and European practices of tattooing, body painting, and scarification and their role in proclaiming identity. They speak to Verster’s broad understanding of diversity within identity and to the individual’s eternal yearning to find and define the self.

The iconic mixed media portraits on paper, produced in 2009, are similarly arresting. The artist’s smorgasbord of interests can be appreciated in the myriad of colours, patterns, marks, and symbols that playfully overlap and transform to become unique, distinctively individual male torsos. In sharp contrast to these are the pen and ink portraits produced for the 2011 exhibition Of This & That. Titled ‘People of Importance,’ this series is no less bold or distinctive, but Verster’s treatment of the facial forms is wholly different – a return to repetitive, considered mark making to build up and develop form, resulting in portraits that are more somber and grave.

When the KZNSA opened its then-new Glenwood gallery in 1996, Verster was the first artist to exhibit within these walls. Today, the organization is honoured to present ‘Making Marks,’ inviting the viewer to better understand the creative legacy of Verster, who truly ‘made his mark’ as one of Durban’s most prolific and renowned artists.

“The only reason for making works is to find out what they will look like. When finished, they are a map of where I’ve been. It’s a curious business, groping forwards in uncertainty and looking backwards with clarity. Life lived retrospectively.”

Andrew Verster (1937 – 2020) obtained a National Diploma in Design (1959) from the Camberwell College of Art, London, and an Art Teacher’s Diploma (1960) from Reading University, UK. Verster was a Fine Arts lecturer at the University of KwaZulu-Natal and the Durban University of Technology until 1976, when he gave up academia to focus on being a full-time artist. In 2009, DUT awarded Verster with an honorary doctorate for his remarkable work in the arts. 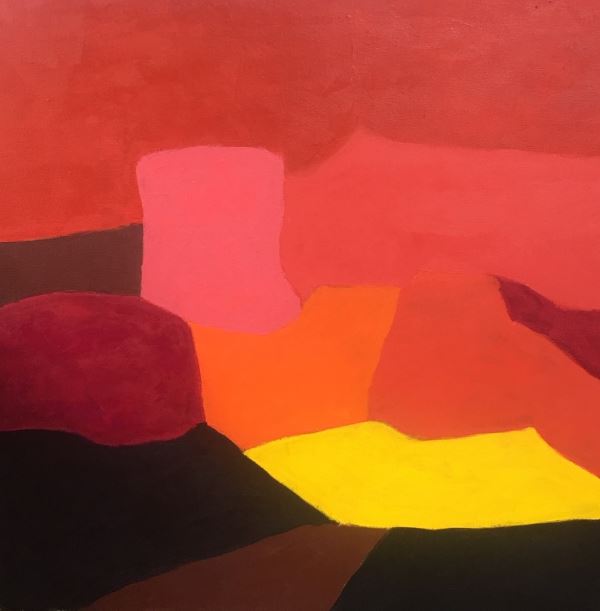