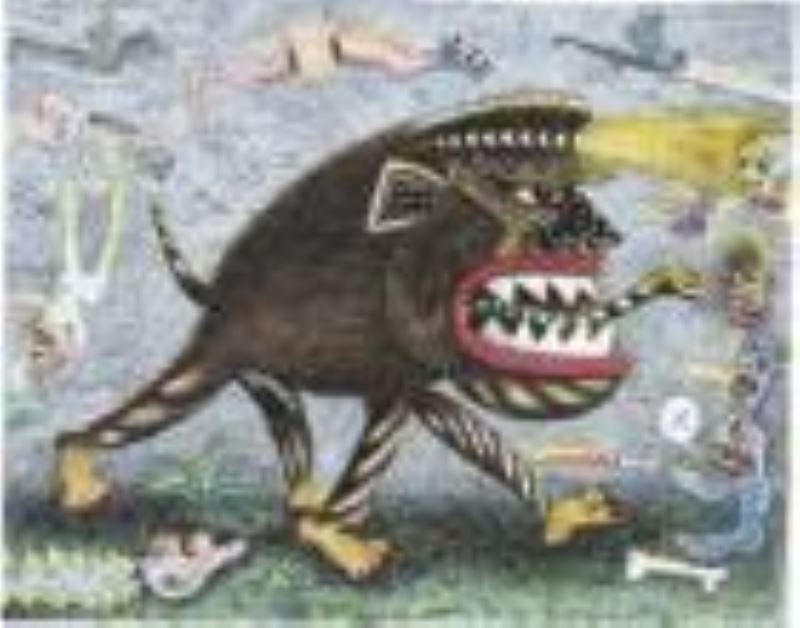 Selected by the editor of Art Times, great article from Mahala.co.za on South African culture showing up in in New York.

New York Comedian Stephen Colbert’s recent skit “raging art on” in which he sends up the art world and quizzes art expert and auctioneer Simon de Pury about the number of things that look like vaginas in art, which according to Stephen, are everywhere. Simon responds that if you want to see them you will, and Stephen does: in apples, flowers, even a lamp post. My raging “art on” in America currently involves South African things.

I see the Motherland showing up everywhere: real veldskoene, not the Armani copies in New York magazine; little old lowbrow Mahala gets picked up on New York’s Cool Hunting website, highbrow Harvard magazine for heavy intellectuals, Transitions #104 features over 24 pages of South African art and lithographic prints by Willem Boshoff, Sam Nhlengethwa and Judith Mason, Mzansi youth juice Bio Oil sells for $24.00 a tiny shot in drugstores nationwide, and in downtown New York at the “Storefront for Art and Architecture” was the launch of a book about Johannesburg and its urban transformations: Writing the City into Being published by Fourthwall Books. Paging through the The New York Times there is a feature on what was once my ‘hood, Woodstock in Cape Town, and at the Jack Shainman Gallery in Chelsea yet another solo show of homegirl Claudette Schreuders sculptures and limited edition prints including a big ass book on Claudette’s work, published by Prestel.

At art fairs I regularly see a handful of South African art dealers with more frequency than my own family, so much so that I’ve started avoiding their booths. Photographer Pieter Hugo’s hyenas are in the press so often they’ve started to feel like household pets, and a while back in South Beach Miami, Pieter’s hyenas appeared as banners on lamp posts all over the city. Spiraling down a YouTube rabbit hole the other night I came across the new ad campaign for the old youth market scent CK One, a scent born about 15 years ago, around the same time as Calvin’s new blonde underwear model boytoy, Nick Gruber. The CK One smell is currently on life support, and hoping to make a come back, along with Calvin’s libido. The ad, shot by photographer Steven Meisel, who looks more and more like rocker Steve Tyler every day, features models that remind me of Yo-landi Visser. Or does Yo-landi remind me of the models? Dunno. Actually, Yo-landi reminds me of rich bitch Paris Hilton if she’d done time at Sun City “center of excellence” correctional facility in Diepkloof, Soweto. The CK One online ad stars a couple scrawny guys acting badass with bandanas and prison tattoos in an insane asylum, or maybe that’s what I thought I saw, but the voice over at the end of the ad is an oke yelling in a Randburg accent: “CK One, the only One!”

On the E train on the subway Uptown I thought about homeboy Ralph Borland’s “Suited for Subversion” civil disobedience suit that now makes up part of MoMA’s Permanent Collection in the Architecture and Design department. I remember Ralph describing the suit to me a couple years back one night in the East Village and I thought he was nuts, but there it is, snug and warm at MoMA, now only to be handled by curators wearing white gloves, getting gawked at by thousands of visitors everyday and here I am, on the subway avoiding eye contact. Walking into the MoMA building, pushing past the thousands of international visitors who crowd the halls and galleries, along with posters for shows on other levels, Picasso’s Guitars, Abstract Expressionist New York, German Expressionism, and Music 3.0 there is an image of a tough, scrawny evil gangster talking in prison tattoos at the entrance. It’s “Secret Language II” by Conrad Botes published by The Artists’ Press and he’s the poster boy for the show: Impressions from South Africa, 1965 to Now. Walking into the exhibition on the 2nd floor was like walking into a room full of old friends: some you’d forgotten, others you still have the hots for. And that’s my raging “art on”.