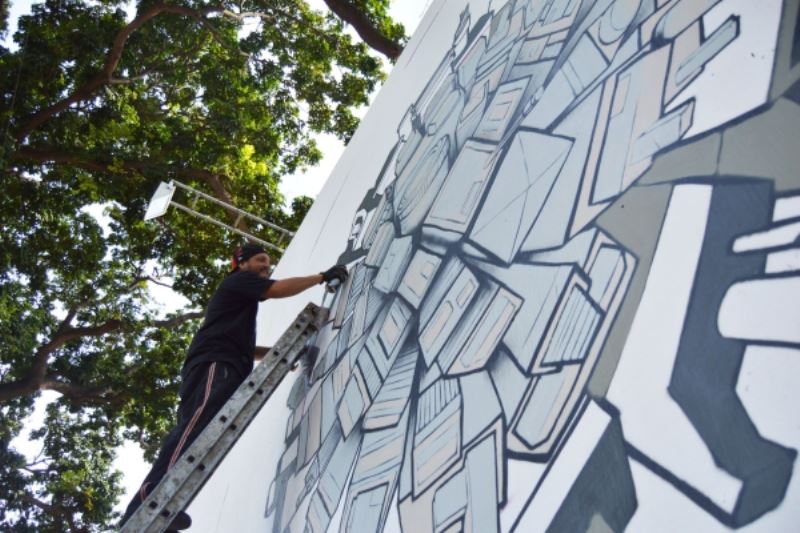 An artist's rant by iainEWOKrobinson

KZNSA has a long history of striking mural art on its Bulwer Road frontage for the public to enjoy as they drive and walk by. Ewok (Iain Robinson) painted the very first mural 20 years ago and has returned to create 'Green City' for our anniversary; here's what he has to say about the new piece:

Movement within an urban space like ours, Durban, has been traditionally delineated through a grid-work of lanes and lines that intend to facilitate traffic flow, ensuring the effective running of industrial “arteries”, the routes and roads that pump “human capital” through the brickwork body housing the dominant socio-political system we’ve come to call Capitalism.

But the reality of our motion within this space is much more organic, more natural, a type of unspoken resistance. People would rather cut a corner then march along the length of the line. My work on the gallery wall is an attempt to translate the linear structures of old school urban planning into the lived experience of contemporary urban life. The straight structural grids and lines become rounded, so instead of a map you have a globe.

Which brings us to the subject of Organic, and a discussion around the global trend of “green-washing”. It’s the technique employed by consumer corporations to try to align their production with a gradually shifting global zeitgeist. The slow tidal shift away from fossil fuels and such finite extractive energy paradigms towards a resource based anti-extraction (renewable) economic and social system, has seen marketing and branding companies scrambling to associate their clients with such a Green Future.  Durban, as a “brand”, is no exception. We market ourselves as a Green City, a metro that has its eyes firmly set on a sustainable future for its citizens, from our transport systems to our energy sources. We hosted COP 17 and sold this story, we hosted the UIA and pitched this plan, we created a Green Hub, we clean our beaches, we preen our parks…but it seems that we are actually manufacturing and marketing a range of green-tinted spectacles.

Durban’s biggest plan for the next 20 years is a 250 billion rand proposed Port Expansion Project that will ramp up the capacity of our current container terminal to make it one of the largest import export hubs of the southern hemisphere. What happens when you increase the amount of cargo coming in and going out? You increase all of the infrastructure that comes with it: trucks; containers; storage space; living space; breathing space; fuel; energy; noise; land…pollution increases, quality of life decreases.  Nature takes another knock at a time when it is “warming up”, and starting to knock back.

You would need a lot of paint to color our new concrete Colossus green. It would be easier to provide a general “wash”, a well-placed tint here and there, the sense of green, so when the beast begins to breathe, its breath is minty-fresh…before the stench really sets in.

Art, and Street Art in particular, treads a fine-line between offering a true avenue for meaningful public engagement and expression, and decorative gentrification or urban spaces and sensibilities. “Green City” is both a reflection of the power of art to penetrate the monolith of industrialized society, and a caution against the co-option of culture and cultural spaces, where they become complicit in the continuation of Capitalism controlling shares in society’s stock. 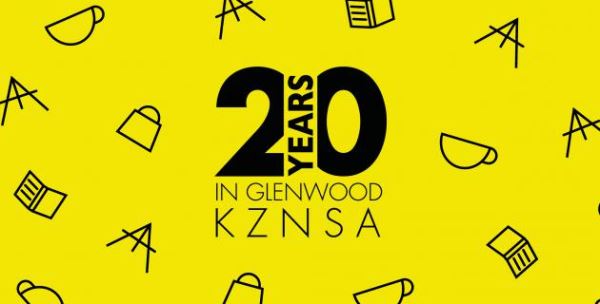