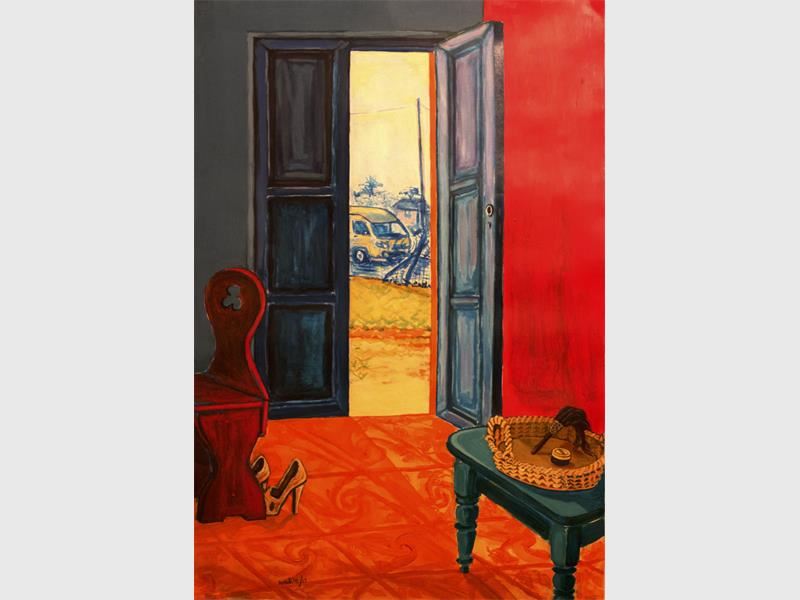 THE dynamic collective of 17 artists from Durban and surrounds known as Amasosha Art Movement recently presented a group exhibition at the Henry George Gallery in Johannesburg.

The exhibition featured eight of the artists from the collective. According to Amasosha, which is derived from the English word, ‘soldiers’, the work showcased at the exhibition explored and interrogated South Africa’s past and the present from very authentic points of view.

“Not only is the aim for these artists to boost each other’s skills – but also to evoke qualities found in soldiers: self-reliance; hard work; bravery; unity and front-line combat (amongst others). As well as the sense of being on a mission. This degree of focus is now paying off as the movement is thriving with support and buy-in from various individuals and entities. It has as its base, the Ikomkhulu Art Space in Durban, which hosts exhibitions, film screenings and performances every Friday,” said Mthobisi Maphumulo, founder member of Amasosha.

“The theme of this exhibition titled ISAMBULO (Revelations) was inspired by how creativity can open the mind to a new world of dialogues and how this dialogue becomes a revelation to the viewers and artists when experienced (as art) in the physical world,” he added.

Photographer Thalente Khomo, who is part of the collective, said she was very honoured and excited to take part in the exhibition because it marked her first time exhibiting out of KwaZulu-Natal. “I feel that being introduced to a new audience and my work being exposed to a new environment allowed me more recognition in the industry and also opens more doors for future projects as I am still an artist in learning,” she said.

Khomo graduated in 2017 with a National Diploma in Photography from DUT. She was recently named artist of the month’ by the Henry George Gallery. Khomo has participated in numerous exhibitions around Durban, including the Masihambisane Exhibition at African Art Centre, Searching for New Azania Exhibition at Ikomkhulu Art Space, Reaching the Unknown and Visions Group Exhibition at Ikomkhulu Art Space and Durban Project for Young Artists, KZNSA Gallery and many more.